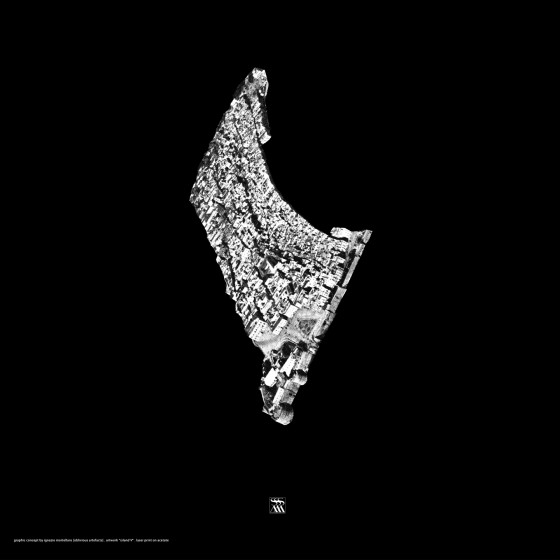 Donato Dozzy’s entry here is very much in keeping with the spirit of his S.A. release Terzo Giorno. It is as propulsive as any of the best techno music of past decades, exhibiting a marked indifference to the inessential and a knack for smashing together percussive atoms of a thick and bombastic quality.
Sendai’s recent work – particularly their Monad XVII EP released for the same label – has set a very high standard for what could be called ‘non-orthogonal’ techno, i.e. a rhythmic electronic music that impresses upon the listener like an imaginary city built up from topological novelties and huge undulating structures. Their contribution here, though more insistent than the chimerical soundscapes to be found on the aforementioned outing, nevertheless keeps the duo’s reputation for sonic precision intact – doing so with a highly energized low-end bounce, half-submerged brooding basslines, and cleverly twisted hybrid sounds.
Lucy’s track, clocking in at eleven and a half minutes, is suitably vast, and composed with the inquisitive skill of a seasoned documentarian. While some might see such an epic track as an attempt by the label boss to remind everyone just who ‘runs the show’ at the label, Lucy’s piece manages to be highly engrossing without upstaging either Dozzy or Sendai.