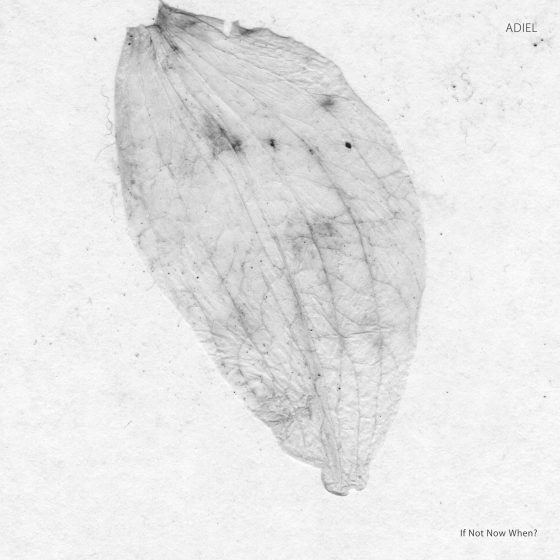 Sharing the same forward-facing approach to techno music, it was about time that Roman DJ and producer Adiel lands her debut EP on Stroboscopic Artefacts. Just a few months on from the drop of the label’s anniversary compilation ‘X – Ten Years of Artefacts’, featuring the broadest array of talents including Rrose, Shifted, Efdemin, Denise Rabe, Chevel, Lucy and more, the timing couldn’t be better for both her and Lucy’s mind-expanding visions to unify. Following on from an array of 12-inches on her own imprint, including a recent joint effort with Anthony Linell, ‘If Not Now When?’ is an ode to the all-enveloping strangeness of eternal nights that cuts a path of ecstatic light in the dark. Breaking the ice, the title-track plunges us in an effervescing pool of menacing reverbs, bloopy signals and rippling synth tides on a murky tip, while its faster and sharper twin ‘At The Bottom Of The Sea’ vigorously ups the ante to ensure optimal peak time firepower. Flip sides and here’s ‘If Not Me Who’ diving even deeper into tape-echo’ed bizarro, swashing back and forth from blunt lo-freq frenzy to liquid-like levitation. ‘ESRR’ rounds off the package on a further freaky note, merging heavily processed vocals and swampy, octave-shifting keyboard movements to form a slice of wild, cross-pollinated electronics laid upon a much enticing techno swing. The very epitome of surgically executed dance music with a fascinatingly soulful, nearly shamanic edge to it.